A milestone in energy exchange at Sundahöfn 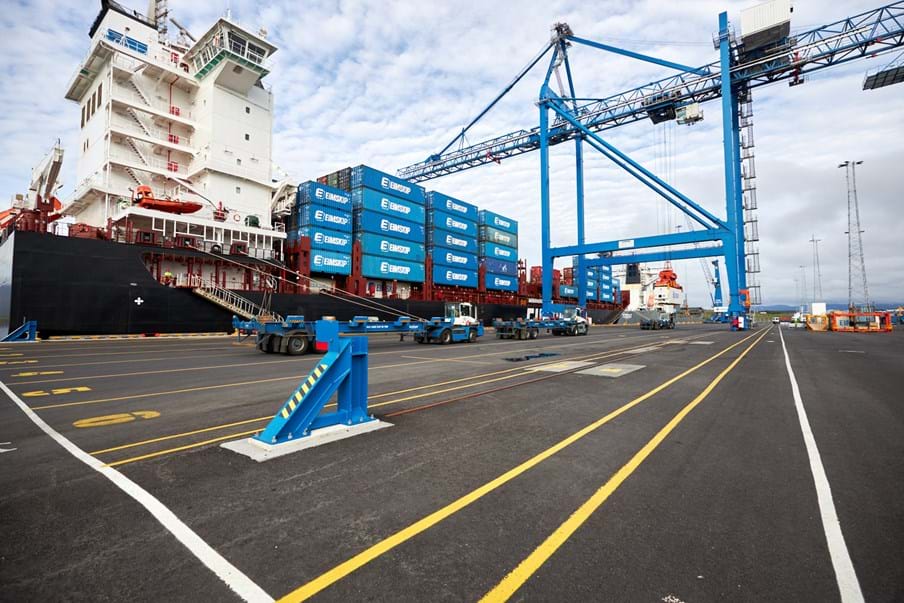 „Eimskip has entered into an agreement with the Norwegian company Blueday Technology AS for the design and construction of equipment for electric land connection of ships in Sundahöfn, the engineering company Efla will oversee the project. An agreement has also been made with the company SairNico on changes to electrical controls on board Eimskip’s newest vessels, Brúarfoss and Dettifoss. The land connection will replace noisy auxiliary engine that drives electricity and necessary equipment on board. With the land connection oil consumption will be reduced by 160 metric tons per year which is equivalent to 24 laps around the earth on a passenger car.

This is an important milestone in energy exchange at Sundahöfn. A letter of intent was signed last year between the Ministry of the Environment and Natural Resources, Associated Icelandic Ports, Veitur Utilities, City of Reykjavík and Eimskip on construction and operation of land connection for vessels in Sundahöfn.

These changes will strengthen Eimskip’s journey to reduce greenhouse gas emissions by 40% by 2030. The carbon footprint has already been reduced by 14,7% per container unit transported since 2015.