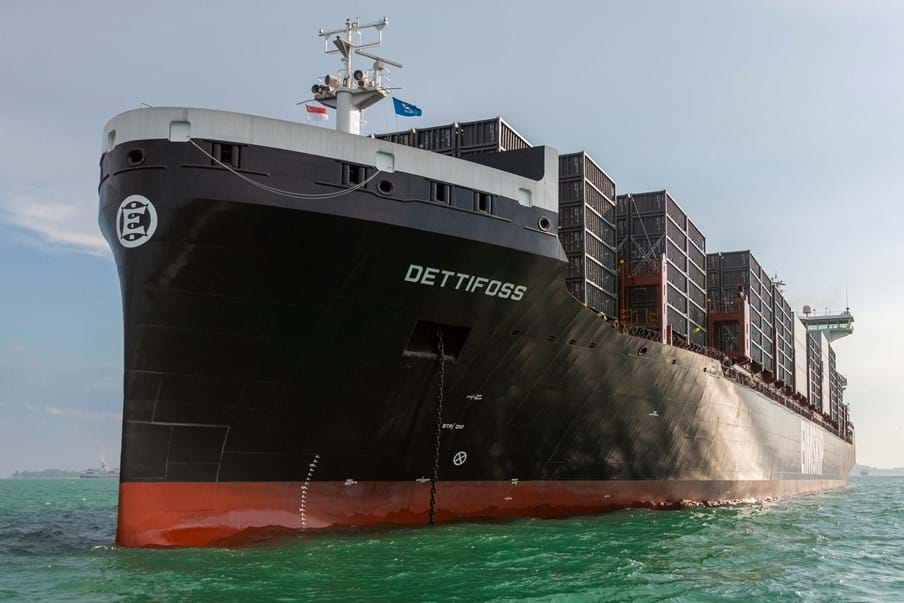 The co-operation between Eimskip and the national carrier of Greenland, Royal Arctic Line (RAL), will commence on 12 June when RAL‘s new vessel Tukuma Arctica sails from Denmark to Iceland. Eimskip’s new vessel Dettifoss was delivered in China at the end of April and is now on her journey to Europe. Dettifoss will be a part of the co-operation early July when commencing her route from Aarhus to Iceland. It is estimated that Eimskip’s second newbuilding, Brúarfoss, will be in service at the end of next October. As of then the co-operation with RAL commences in full as originally intended with three vessels on a weekly schedule.

When the co-operation commences around mid-June Eimskip will again operate the red line and Dettifoss and Tukuma Arctica will service Iceland and Greenland with port calls in Aalborg and Aarhus in Denmark and Helsingborg in Sweden.

Otherwise the current container sailing system will remain unaltered with strong connections to key Scandinavian ports and Europe, but the co-operation with RAL and the new vessels will increase reliability and the capacity to and from Scandinavia.

“This is an historic event for Eimskip, not only are we receiving a new and modern vessel, the largest one that has ever been in the Company’s service, but at the same time we are commencing a co-operation with the national carrier of Greenland, Royal Arctic Line. The co-operation connects RAL to Eimskip’s global network and opens up possibilities for the Greenlandic market as well as commencing weekly services between Iceland and Greenland. In the future this will create opportunities to increase trade between the two countries.

We are also very proud to have Dettifoss in the Company’s service as her main engine is built to decrease nitrogen emissions into the atmosphere and is more efficient. This results in significant reduction of carbon footprint per TEUS compared to the older vessels. In addition, the vessel is equipped with scrubbers that further reduce the CO2 emission to the atmosphere. Thereby we ensure that we are offering the most eco-friendly mode of transportation to and from Iceland per moved TEUS to our customers which is an important matter for them.”