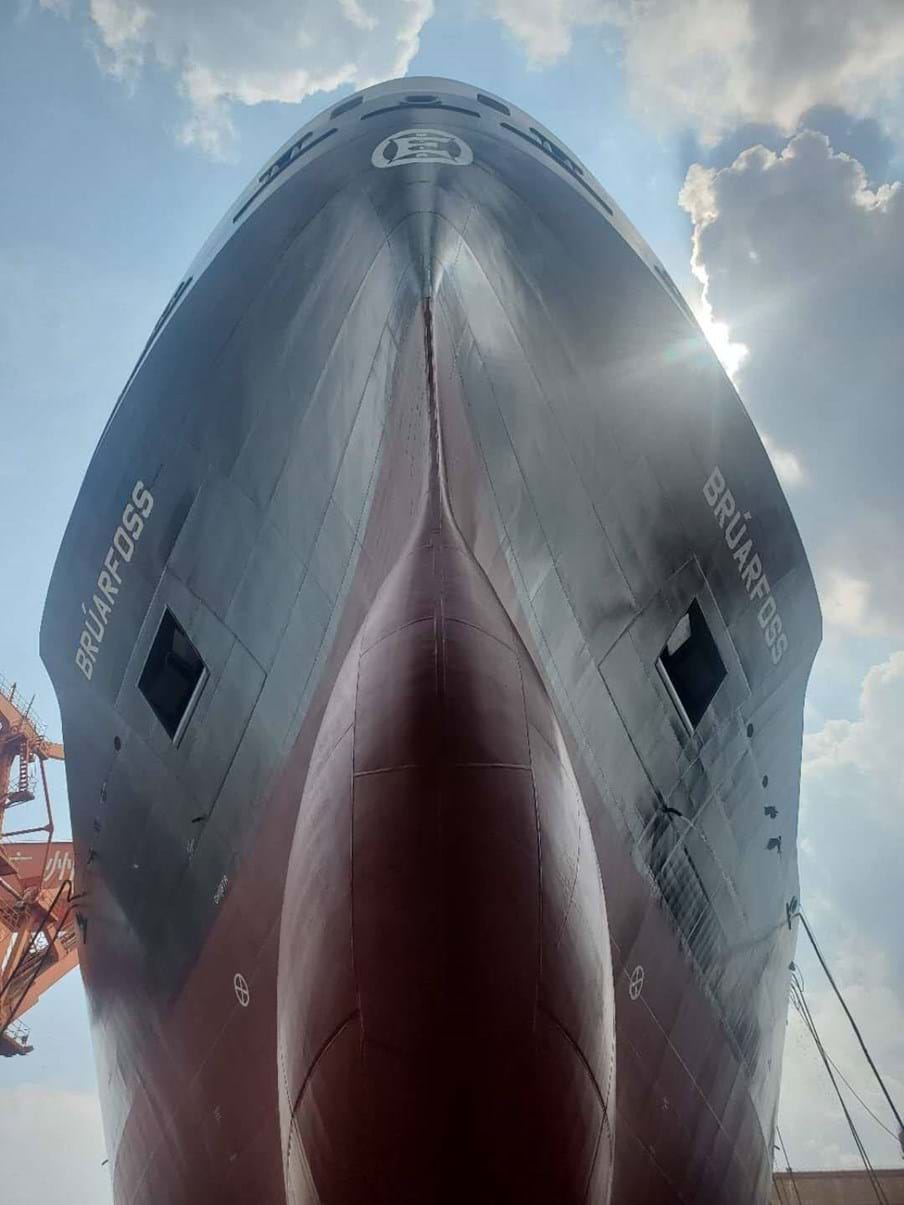 Next week, Eimskip will make changes to its container sailing system. The new sailing system will replace the current system that was introduced this spring due to COVID-19. The new system better meets customers’ needs and with new larger and more powerful vessels the service will be both more reliable and environmentally friendly pr. transported unit.

It is estimated that Brúarfoss, the second of Eimskip‘s two newbuildings, will be delivered on Friday October 9th and soon begin its home voyage from China but the vessel is expected to come into the Company‘s service in the second half of November.  With Brúarfoss in service, the co-operation between Eimskip and Royal Arctic Line will be fully implemented, but the purpose of these changes is among other things to bring the Company‘s new container vessels, Dettifoss and Brúarfoss, into the sailing system.

Seven container vessels will be in Eimskip’s operation, sailing between Iceland, the Faroe Islands, Greenland and ports in Scandinavia and Europe. Additionally, Tukuma Arctica, a Royal Arctic Line vessel, will sail between Greenland and Scandinavia, also calling ports in Iceland and the Faroe Islands. Three container vessels will sail between Iceland and North-America to ensure weekly service. The estimated total cost of the container sailing system is on similar level compared to current system.

“It is a great milestone for Eimskip to finally take delivery of the second newbuilding, Brúarfoss, and that the co-operation with Royal Arctic Line is coming into full function. With this new system Eimskip will continue its excellent transportation service between Iceland, Faroe Islands and key ports in Scandinavia, Europe, the US and Canada as well as Nuuk in Greenland in co-operation with Royal Arctic Line.”

The changes will start to take effect next week and the system is expected to be fully implemented in early November.