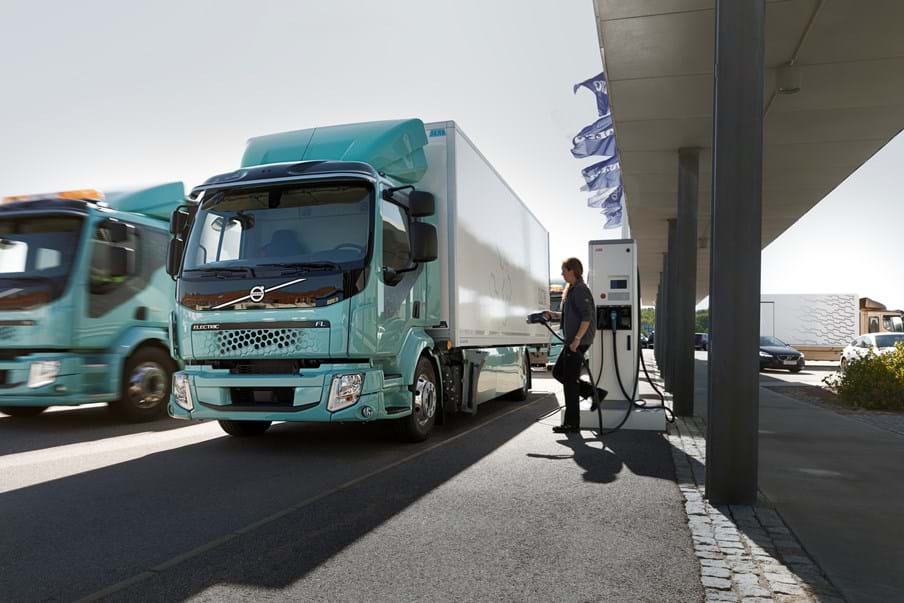 Eimskip has invested in two 15-tonne electric Volvo trucks from Veltir, Brimborg's commercial equipment division, but the vehicles will be delivered in March next year.

Eimskip aims to be at the forefront in energy exchange and has clear goals when it comes to reducing carbon emissions. The Company has previously invested in trucks powered by green energy, including methane and electric vehicles. The Company welcomes the development that has taken place in electric trucks and is now investing in two 18-pallet trucks intended for distribution in the capital area in Reykjavík.

“When Veltir introduced to us that Volvo Trucks was starting mass production of electric trucks, we were quick to catch the ball, as Eimskip has clear goals in climate matters. The vehicles not only contribute to lower carbon dioxide emissions but also to the reduction of other pollutants such as nitrogen oxides (NOx) and sulfur oxides (SOx). In addition to meeting the Company’s diverse needs, these vehicles also meet customers’ increasing demand for sustainable solutions. The trucks are well equipped for transporting frozen and chilled cargo, but Eimskip’s transportation system plays a key role in food transport in Iceland. Environmentally friendly transport solutions are developing rapidly, the times ahead are exciting, and Eimskip is fully involved.”